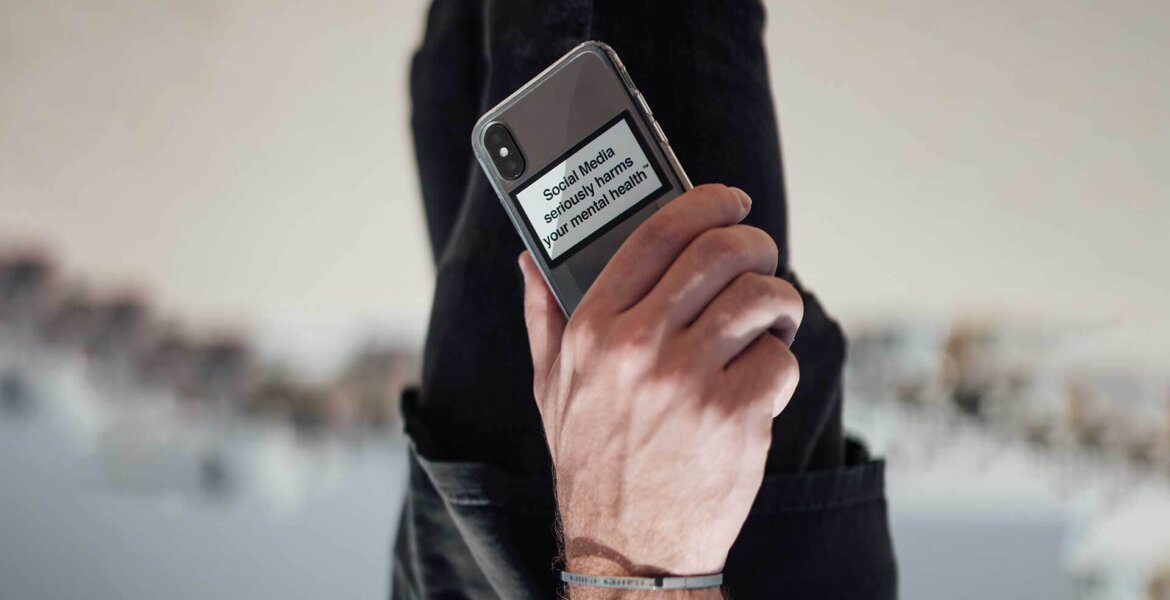 There is no denying the fact that smartphones have had an immense impact on our lives. From connecting with friends, sending work emails to watching your favourite shows or movies, a smartphone can today do everything that a traditional computer couldn’t 15 years ago.

But despite all the benefits that a smartphone offers, there is a hidden, growing and often overlooked predicament resulting from the use of smartphones — addiction. In a world where apps are taking over our lives, reliance on smartphones seems inevitable. The instant dopamine hit we take through a like on Instagram or a match on Tinder appeals to our incessant need to be rewarded. However, this constant need to be rewarded results in checking our phone at every moment and hoping to see some form of instant gratification through these apps. The impact of this certainly leads to FOMO but, more importantly, also leads to social media anxiety disorder, where people have the continual need to check their social apps. Some of the symptoms of a social media anxiety disorder include; stopping to check social media in the middle of a conversation, spending more than six hours on social media, denying or ignoring the amount of time spent on social media, failing in an attempt to cut back social media, and withdrawing from family, friends, school and other activities.

Constantly being available also results in fear of missing out (FOMO) from group messages, Instagram stories, or even a group gathering. By not being part of social events, an individual can be left feeling anxious, a form of social anxiety that brings about a desire to be constantly connected with what others are doing. Snapchat’s Snap Map feature is a prime example of how the youth can be affected by seeing their friends together on the map. Seeing their friends on the app together can significantly increase the ‘FOMO feeling’, which can eventually lead to anxiety, low self-confidence, and depression. The continuous need to be present causes a wide range of mental, emotional, physical and social health issues. The list of symptoms can extend from dry eyes to lower self-confidence to shorter attention spans.

There is another significant issue with youth using social media, abusive behaviour. According to Pew Research Center’s survey, one in six teenagers have experienced name-calling, spreading fall’s rumours, Receiving unsolicited explicit images, having their activities and whereabouts tracked by someone other than a parent, someone making physical threats and having explicit images of them shared without their consent. These forms of behaviour and harassment also add to the mental health issues more critically.

There are plenty of unknown mental health issues that occur from social media and the use of smartphones. However, in the 21st century, it is almost impossible to get rid of them. The aim is to find the right balance between being a social butterfly and living like a caveman.

Many smartphones come with options to help you monitor your social media usage and restrict the amount of usage of certain apps. For example, Google implemented ‘Digital Wellbeing’ on almost all android devices that lets you monitor the apps that take the most amount of your time and also set a maximum time for each app. Similarly, Apple also has an option to view screen time by app and set app usage limits. Both these platforms implemented these methods with an aim to reduce the use of redundant apps and improve your mental health.

However, probably the most important way to ensure your mental, emotional and social health is stable is to be self-aware, which leads to self-correction. Smartphone addiction and FOMO caused through social media can be an underlying cause of much deeper problems such as anxiety and depression. It might help to meet a psychiatrist for diagnosis and evaluation if you notice severe symptoms in yourself or someone you know.

There’s growing evidence on the impact of social media on pro-suicide behaviour, especially that of young adults. The easy availability of pro-suicide information on the internet is one of the major factors contributing to this (Biddle et al., 2008; Recupero et al., 2008). The exposure to such information has the potential to put vulnerable people who otherwise might not have access to it at risk.

Some of the ways in which the internet and social media can and has increased the risk for pro-suicide behaviour include cyberbullying and cyber harassment. When cyberbullying is directly or indirectly linked with suicide, it is referred to as cyberbullicide (Hinduja & Patchin, 2009). It involves a person being intentionally and repeatedly targeted by another person in the form of threats or harassment or humiliated or embarrassed by means of cellular phones or Internet technologies such as e-mail, texting, social networking sites, or instant messaging (Kowalski et al., 2008). In a recent incident, a 12th standard student took his own life as a consequence of the public hate, bullying and threats he received due to an Instagram story of a person who falsely accused him of engaging in sexual abuse (Haider, 2020).

Formation of a cybersuicide pact i.e., an agreement between two or more strangers to die by suicide at a particular time and often by the same lethal means (Rajagopal, 2004; Brown & Barraclough, 1997; Rajagopal, 2009), through online chat rooms, virtual bulletin boards and forums is becoming another cause of concern as they act as unmediated spaces for people to express their feelings with other like-minded people (Dunlop et al., 2011; Johnstone, 2011; Narang P, Lippmann, 2009), thus reducing inhibition.

Internet and social media also become outlets that provide how-to descriptions of suicide and lethal means to kill oneself. The media contagion effect following actor Sushant Singh Rajput’s suicide is an example of this. According to a study conducted by the All India Institute of Medical Sciences (AIIMS), there was rise in the internet search volume for keywords related to suicide and copycat deaths subsequent to the late actor’s death. There was use of sensational language (58%), mention of suicide sites (59.5%), suggestion of possible cause for suicide as something not related to mental health (17%) in the media reports and articles on the topic. There was use of the late actor’s photographs in 47.5% of news media reports and 38% of entertainment media reports. These trends are extremely dangerous as the possibility of fans and followers identifying with and emulating the celebrity in question is very high, especially if there’s a focus on the method of suicide in the media as it may reduce ambivalence about which method to choose for suicide in vulnerable individuals (cited in Sharma, 2020). It is, therefore, extremely important that a country like India, which accounted for 36.6% of global suicides among women, and 24·3% among men in 2016, work towards a National Suicide Prevention Policy (Indian Council of Medical Research, 2018, cited in Sharma, 2020).

Johnstone, C. (2017, September 20). How and why do the suicidal go online? We need more research. The Guardian. Retrieved June 27, 2011, from https://www.guardian.co.uk/commentisfree/2011/mar/25/suicidal-online-research-internet-suicide